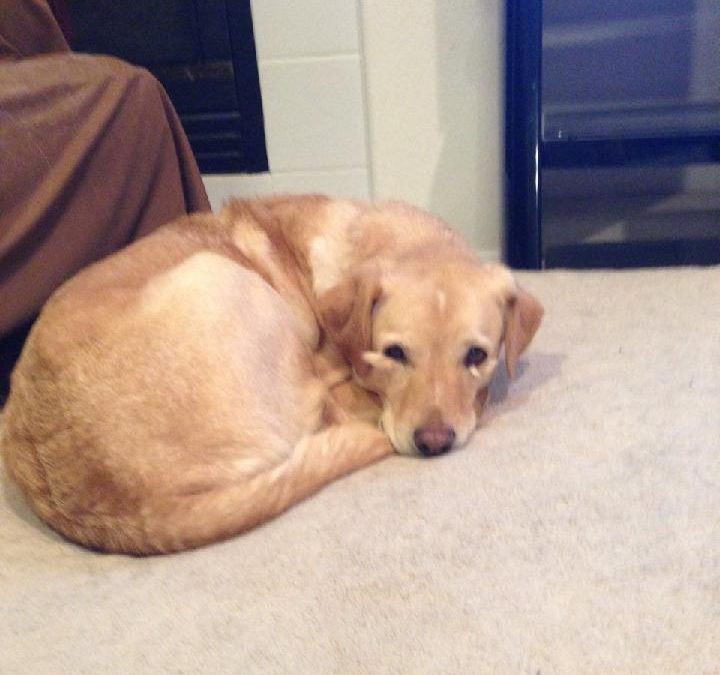 Jazzie has been by Vicki’s side since the day she adopted her from a rescue, and Vicki would do anything for her loyal friend. As Jazzie aged, Vicki decided to take extra precautions to keep Jazzie healthy and enrolled her in pet insurance. Jazzie began to experience symptoms related to Cushing’s disease that required further diagnostic workup.

Through these tests, it was discovered that Jazzie was suffering from an adrenal tumor that required surgical removal. In her 70’s and living on social security, the diagnosis was a huge blow for Vicki. Euthanasia was suggested due to the expense of the necessary surgery, but Vicki refused to give up on her friend.

During surgery, additional tumors were discovered on Jazzie’s spleen and liver that also needed excision. After the surgery, and for the first time since her diagnosis, the news was good; all of the tumors were benign and Jazzie’s prognosis was excellent. But then came the final blow, Jazzie’s insurance only covered ¼ of the cost of her surgery, leaving Vicki with thousands of dollars of high-interest debt.

Vicki saw Gray Muzzle Society on social media and decided to apply for a grant. Gray Muzzle Society was able to help pay for some of Jazzie’s veterinary expenses. Today, Jazzie is back to her normal, sweet self; playing with her sister Piper and bringing joy to Vicki’s life.