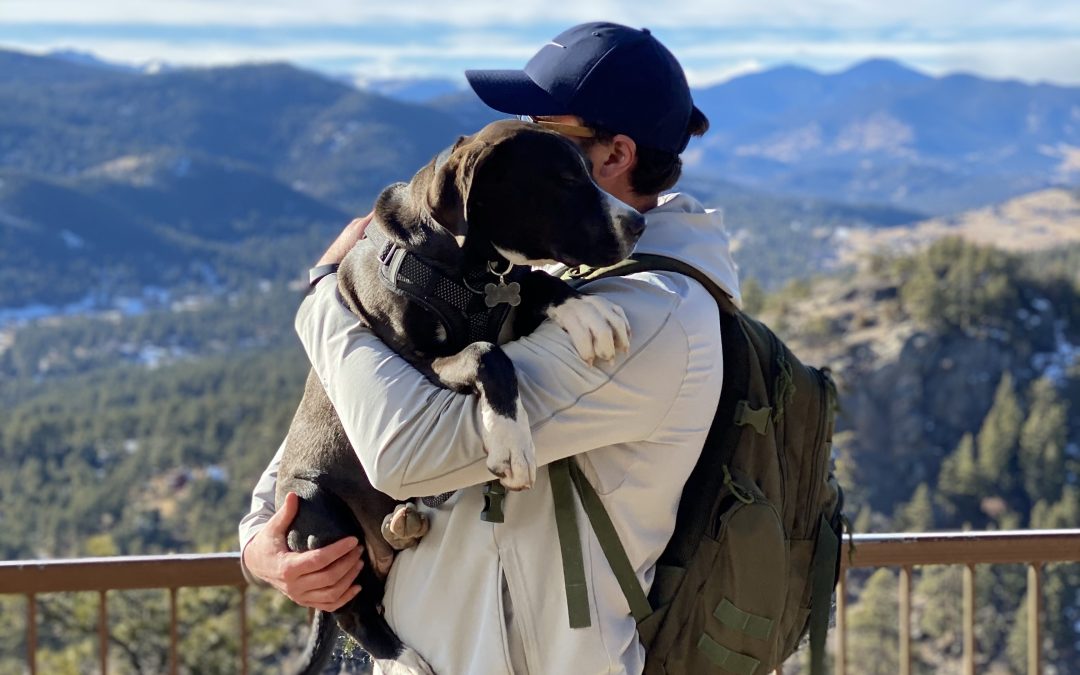 After losing his dog of more than a decade, Jeff was devastated. Searching for a new emotional support dog, Yoshi came into his life at just the right moment. Jeff adopted Yoshi, and Yoshi returned the favor by keeping Jeff healthy, physically and emotionally,  through the challenges brought on by COVID-19.

The two were inseparable, so when Yoshi began to act ill after a dietary indiscretion, Jeff rushed him to his local veterinary clinic. Two ER visits later, Jeff’s finances were strained. After another checkup, it was suggested that Yoshi be x-rayed for foreign objects, potentially requiring life saving surgery. Jeff didn’t know what to do. Burdened with student loans, and maxed out credit cards from caring for his former dog Ziggy, Jeff was faced with the possibility of euthanizing Yoshi because he could not afford the necessary care.

Afraid that he would have to say goodbye to Yoshi, Jeff reached out to Gray Muzzle Society for help. GMS was able to pay for the diagnostics and treatment necessary to save Yoshi’s life. Better yet, the x-rays showed that Yoshi didn’t need surgery, and the treatments resolved his symptoms. Today, Yoshi is back to his old self, enjoying adventures with his favorite human.